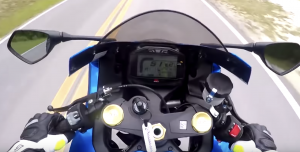 With the price of fuel fluctuating with every week, not to mention car insurance as well, more and more people are switching to riding motorcycles. They are a lot of fun to ride, inexpensive to buy, and really cheap to drive as well. Plus, they usually have special parking places in most downtown areas that are designed to encourage more motorcycles by offering cheap parking. When it all adds up, everyone should have a bike to offset the expense of their car and help save the planet with a smaller CO2 footprint as well. Here are some great recommendations for choosing a bike.

Kids Can Ride Motorcycles Too And Electrics Are The Future

Electric bikes have a lot of advantages, especially those designed for kids. For one thing, they plug in and recharge so your kids don’t have to go down to the local gas station and fork over $50 to fill up. In fact, electric vehicles, bikes included, are far more economical to drive than those that run on gasoline or diesel.

Electric motorcycles are also very inexpensive to buy, usually less than half the price of a gas bike. They also have far fewer moving parts, less to break down or wear out. Parts for them are inexpensive and can be bought online, plus many parts, like the batteries are fairly universal, a few sizes fit many models. Another big benefit is that the electric bikes can be ridden on the road without a drivers license as long as they don’t go too fast, and most of them don’t.

What to Look For In A Kids Motorcycle

There are going to be two categories available, one is a toy, and the other is a useful tool. The toys have a maximum speed of 2 or 3 mph, it’s a toy you can play with in the house. The other bikes will travel at about 14 to 18 mph, you can run to the store in 3 minutes and come back in 3 more, that’s the difference. Look at something like the Razor Euro Electric Scooter which can cruise at 15 miles per hour and has real 12 in. tires. Or, the Razor MX350 Dirt Rocket Electric Motocross Bike which can go 14 mph while climbing hills and navigating bumps. Remember as well, if your kid really loves his Razor, you can get long-lasting lithium ion batteries that will make it run for hours and hours on a single charge!

There are a ton of reasons to get a motorcycle just for your morning commute. For one, most smaller motorcycles get about 70 miles per gallon of gas, they are cheap to insure, ask your car insurance agent. And, if you aren’t driving your car to work and back, the insurance on that will also go down considerably.

Many companies have motorcycle parking right near the main entrance and downtown areas have special bike parking, less expensive and more often available too. Everything on a motorcycle that can wear out, like the tires, brakes, chains and sprockets are inexpensive to replace and easy to do yourself in less than 30 minutes or so. They only take about 1 quart of oil too, again, a bargain.

What To Look For In A Commuter Motorcycle

This is going to depend on whether you need to access the freeway to get to work. If you don’t, you can get an inexpensive 250 CC bike that won’t hardly set you back two weeks pay. Most of them are Chinese made, spend a little more and get better quality and a longer life. But, they aren’t very good for going 65 mph on the freeway with mixing it up with large semis and other huge vehicles. They are excellent at staying on the feeder roads and getting to work with a fun, invigorating ride.

The better class of commuter motorcycle is going to have a larger motor, stronger, heavier frame, and last longer in every way. That would be like a Honda CB300R which has a 286 CC motor but can handle freeway speeds. You’ll also find that the Honda brand is one of the most respected in the motorcycle industry for high quality and longevity as well.

For a little bit longer commute, and a bike that can go on long trips on the weekend too, try the Yamaha Tracer GT. It has a much larger engine, 3 cylinders, and can hold freeway speeds for hours without a problem. It’s more stable than the smaller Honda above, and it weighs more too. However, if you want to take your bike on a trip to the beach, this one is the one you want.

Riding a motorcycle to work or play, is fun every single time. You’ll get hooked after awhile and want another to do different types of things with, like off-road riding, cruising across the USA, or a tiny scooter just to get groceries. They are addicting, inexpensive, and fun to ride.